Yesterday, 20th March 2012 was World Sparrow Day and follows the great success of World Sparrow Day 2011 Fittingly I found a pair of local Tree Sparrows at a nest hole in an old tree this morning on my patch and have got several pairs of House Sparrow in and around the garden. When I can get hold of a ladder tall enough I've also got a Sparrow Bird Box to put up on the house. Over the weekend I planted up some of my herbaceous borders in order to try and encourage lots of invertebrates in as potential pollinators and food for young birds. 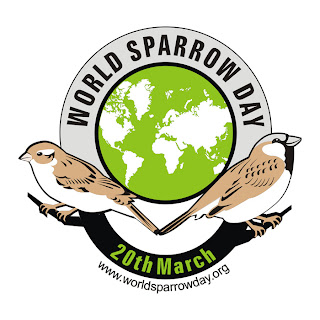 The sparrow, especially the house sparrow, is one of the most ubiquitous birds on earth and is also one of the oldest companions of human beings. It has, over a period of time, evolved with us. Fortunately, they are still found in abundance in many parts of the world (though in the UK it is now a Red List Bird of Conservation Concern).

The house sparrow was once the most common bird in the world, but in the past few years, this bird has been on the decline over much of its natural range, both in the urban and rural habitats. The decline of the house sparrow is an indicator of the continuous degradation the environment around us is facing. It is also a warning bell that alerts us about the possible detrimental effects on our health and well being. We need to know the health risks of the increasing amount of microwave pollution and what is decimating the population of the house sparrow, which co-existed with us, so that we can estimate the effect on all forms of life, including ours.

The goal of World Sparrow Day 2012 is to collectively inspire others to join the celebrations and to get as many people as possible involved in the conservation of house sparrows and their habitat across the planet.

What will the World Sparrow Day achieve?

The rationale for celebrating World Sparrow Day is not only to commemorate the event for a day but to use it as a platform to underscore the need to conserve sparrows as well as the urban biodiversity. We hope the event will bring together individuals, national and international groups.

It will also help in attracting the attention of government agencies and the scientific community to take notice of the need for the conservation of the common bird species and urban biodiversity.

Why not buy, or make a Sparrow Bird Box for your house/shed/garden etc? A fairly cheap way to help the recovery. Having a decent herbaceous flower bed during the spring and summer will also help by providing sparrows with a selection of insect food for their young, and potentially some seeds for the autumn and winter too. 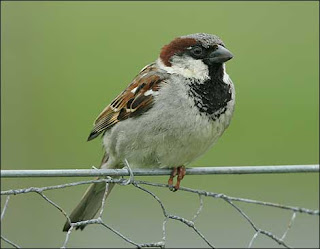 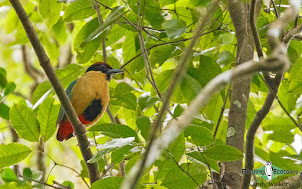